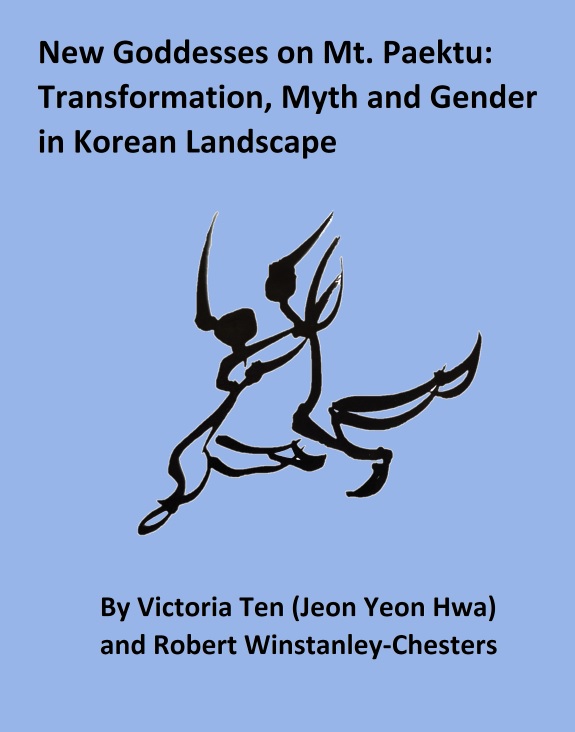 Mountain worship has always been one of the central features of Korean cultural landscape.
While specific traditions of mountain culture have been utilized by North Korea’s leadership
for the purpose of promotion of the state ideology, in South Korea mountain culture has
acquired different forms. We argue that contemporary South Korean ki suryŏn (氣 修練)
practices for perfection of mind and body constitute such manifestation of mountain-related
culture. The ancient tradition of mountain gods (山神, sanshin) is a source from which the
legendary figures of New Goddesses on Mt. Paektu emerge. We study origination and
development of Paektu-related myths of South and North Korea, focusing on two divinities.
The first goddess is Ch’ŏnsŏnnyŏ (天仙女, the Woman of Heaven) from the contemporary
legend of GiCheon (氣天, Kich’ŏn), one of the ki suryŏn training methods. Our second goddess
is Kim Chŏng-suk, the first wife of Kim Il-sŏng, founder of North Korea. In order to study
simultaneous processes of origination and development of Mt. Paektu-related myths of South
and North Korea, we consider sources from different fields of knowledge, such as folklore, art,
philosophy and religion, politics, literary criticism, political science and environmental science.
We apply an interdisciplinary approach to two seemingly incompatible processes of
mythmaking of contemporary South and North Korea. The two countries, divided
geographically, politically, economically, have for many centuries been one nation and one
people, one language and one culture. This commonality has not disappeared into the depth of
history, but comes to the cultural surface even in this most difficult contemporary time.