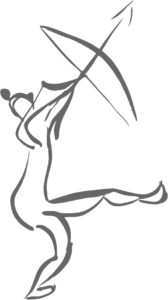 GiCheon (氣天 McCune-Reischauer: Kich‘ŏn), one of the ki suryŏn practices developed in Korea in the 1970s. As a set of exercises intended to transform the body and mind-heart, GiCheon belongs to a group of practices which have been characterized as internal alchemy (naedan 內丹) and nourishing life (yangsaeng 養生). East Asian practices of internal alchemy and nourishing life come from ancient times and are techniques related to ki. These techniques are grounded in physiological, psychological and behavioural principles.

The practitioners of ki suryŏn of both genders are drawn not only from different social classes and age groups but also from various religious persuasions. Often, individuals engage in more than one kind of ki suryŏn, and Christians and Buddhists join in ki-related training. Some Christian ki suryŏn practitioners believe that ki disciplines turn them into “better Christians”: after starting the practice they pray more, listen to the priest with greater attention, and visit the church more frequently. Some Christians also pray to God during the training, to ask for forgiveness and express gratitude. Buddhist practitioners state that ki exercises in the studio improve their concentration in Buddhist meditation.

But what is ki suryŏn more precisely? U Hyeran defines it as a ki-based practice directed toward moral and physical development of a person. Ki suryŏn is supposed to lead to harmonization of the mind-body and actualization of hidden potential of an individual in the context of a union with the universe. Ki suryŏn groups focus on bodily practice, while selectively appropriating elements of various Korean religious traditions. In the estimation of U Hyeran, ki suryŏn has spread beyond particular ki suryŏn groups, becoming a cultural product approachable to the majority of the population. As part of popular culture, the cosmology and values of ki suryŏn are interiorized by contemporary South-Korean society, among other things through internet computer games, animation and films. Ki suryŏn groups generally seem to be growing – though exact statistics are difficult or even impossible to obtain – and the terms ki and ki suryŏn are among vital keywords of contemporary Korean culture (U Hyeran 2006: 71-73). Various ki suryŏn organizations inter-penetrate, borrow ideas and practices from each other; they also co-exist with Chinese forms of self-cultivation usually referred to as qigong (氣功) and with Indian yoga.

Many ki suryŏn groups locate their origin in ancient, mythic times, connecting their legacy to East Asian beliefs in divine immortals (sinsŏn 神仙, Chinese: shenxian), Korean mountain cults, and Tan’gun, the legendary father of the Korean nation. Some scholars find the source of theoretic conceptualization of ki suryŏn groups in the teachings of the followers of Daoist practices in Chosŏn Korea (1392-1897) (U Hyeran 2006: 74-75).

Since its origination in the 1970s, various instructors have taught GiCheon at mountain centers, rented studios, police stations, schools, universities, academies and colleges, private companies and banks, hospitals, clinics and health centers in South Korea. The wide range of GiCheon practitioners includes different occupations, various ages and health conditions, diverse social and economic status (but mainly middle-class and upwards). In Korea, I have met schoolchildren, university students, company workers, sales-persons, taxi-drivers, construction workers, school teachers, university professors, owners of small businesses and big corporations, bank employees, housewives, news-reporters and other professionals among GiCheon adepts. GiCheon studios in Seoul, Pusan, Puch‘ŏn, Kyŏngju, Taejŏn and other cities usually operate from morning till evening. Many practitioners, however, fail to continue GiCheon after starting. This is usually attributed to the fact that the practice is hard and painful.

A GiCheon session usually runs from one to one-and-a-half hours. In many studios the floor is washed before and after the training. Newcomers and advanced students practice together. New students repeat the positions observing the teacher and the experienced trainees, who are often positioned by the instructor in the front line of the practice group. While training in the studio “meditation music” is commonly turned on during the session, as the practice is considered a form of meditation, and incense is burned.1 Before and after class the students and the teacher bow to each other in a special way, which is called the “GiCheon greeting”.

The training starts with a warming up, which usually consist of slow rotation movement of various joints in the body (knees, waist, shoulders, wrists and neck). After that static positions are performed, followed by dynamic ones. GiCheon dynamic positions, including martial and sword arts, arise from six static basic positions called yukhap tan’gong (六合 丹功). Yukhap (六合) means “six positions unified”. Tan’gong means “cinnabar [field] practices” or “strengthening cinnabar [field]”. Tan (丹 Chinese: dan, cinnabar) is an important element in East Asian alchemy. In inner alchemy of the human body it is usually mentioned in the context of “cinnabar fields”. The upper cinnabar field is located in the forehead, the middle – in the chest, while the lower and the most important one – in the lower abdomen. Though the Sino-Korean word tanjŏn (丹田 Chinese: dantian) could refer to any of the three cinnabar fields, GiCheon practitioners mostly use it as indicating the lower cinnabar field. Tan’gong (丹功) in GiCheon and other contemporary East Asian practices is understood as the strengthening of the lower cinnabar field, and accumulating more kong (功 power), or naegong (內功 inner power) there. Yukhap tan’gong are believed to heal the body and mind, and improve ki circulation, resulting in growing and strengthening naegong. Later naegong can be utilized in dynamic GiCheon positions, directed toward martial arts. Naegong is also believed to develop the moral maturity of the person, clear vision and judgment.

Of the six basic positions, naegasinjang (內家神掌) is the first, and it is the heart of the practice, believed to suffice for achievement of perfect health, immortality and final enlightenment. Naegasinjang is considered to be the most efficient for improving the flow of ki and developing naegong. In South Korean studios it is maintained by the students for long periods of time, sometimes for 40 minutes or more. Naegasinjang is performed as follows: the legs are spread shoulder-length, the ankles are turned outward, the knees are bent down and inward, the back is arched, the buttocks are pushed out, the shoulders are pulled back, the arms are stretched out in the front above shoulder-height and finally the palms are pressed outward. In naegasinjang, the backbone is stretched from the neck to the coccyx, while the weight is directed downwards, toward the ground. GiCheon instructors comment that this contributes to the centering of the lumbar and pelvis area, supporting the whole body and balancing right and left hip joints, knees, ankles and shoulders.

Naegasinjang position is explained by the instructors to be reminiscent of a “phoenix which is about to lay an egg”. The “egg” here is a metaphor for the new self of the practitioner, an outcome of the painful practice. The metaphor of the egg is one of the popular motifs in East Asian inner alchemy (Schipper 1993: 189).2 This position is described as a perfect application of yŏkkŭn, the principle of the maximal bending of the joints. Ankles, knees, waist, elbows, wrists and finger joints have to bend to the maximum. Joints in GiCheon are believed to be passages, or gateways (門 mun), though which ki flows. Maximal bending of the joints in yŏkkŭn opens the passages to allow the flow of ki.

The other central posture in GiCheon is tanbaegong, a bow, which involves bending of the main joints of the body: knees, waist, elbows and wrists. In Chinese characters it is sometimes spelled as 丹拜功, where tan (丹) is cinnabar, pae (拜) is to bow, and kong (功) is power. This spelling stresses the function of the exercise as gaining inner power and storing it in the lower cinnabar field, the abdomen. 檀拜功 is an alternative spelling, where tan (檀) indicates Tan’gun, the legendary founder of Korean nation. My GiCheon teachers mentioned that maybe this type of ritual bow was performed in front of Tan’gun, and the term tan’gun could be interpreted as a title for ancient Korean chiefs. This interpretation connects to nationalist views in GiCheon, projecting this practice back in time toward the legendary Korean past (Kim Hŭi-sang and Kich‘ŏnmun Ponmun ed. 2000: 11).

1 “Korean music for meditation” (명상 국악) is sold in South Korean shops. It is usually produced by modern composers on the basis of traditional music.

2 Schipper talks about the metaphor of an egg in the context of natural perfection and inner harmony, the goals of nourishing life and inner alchemy practices. The egg here is also a belly, a seat of intuitive perception. This is idealized inaction, the universe before Heaven and Earth came into being. For a human being, it means the peaceful uncorrupted state of a baby but also the potentiality of a later outburst in martial arts, in nature – a quiet moment before the storm.